When we speak of mass production ceramics, it isn’t as highly spoken of as wheel thrown work. However, Hasami will give you a whole new appreciation for mass produced porcelain ware.

Hasami (波佐見町) is about 40 minutes drive from Nagasaki (長崎) airport, a village 15 minutes from well known Arita-yaki (有田燒) village, Arita (有田). Pass the water and fields, we arrived at one of the only two hotels located in Hasami; it was a two leveled, cute little Onsen resort hotel.

A little interesting side note, Hasami also means 'scissors' in Japanese and it has a population of 15,000 people.

After checking into our hotel and freshened up, we headed to dinner with the person who invited us on behalf of the Japanese Government. You can consider him as the ‘governor’ of this small ceramics village.

When we have arrived to the restaurant, he was already sitting there waiting for us with a plateful of sashimi. He is the owner of Saikai Toki ceramics ware; Saikai Toki is the biggest distributor, dealer and manufacturer of Hasami-yaki (波佐見燒) in our present times.

As we sat down for dinner and he started telling us stories about Hasami. His grandfather started the business and many of his relatives are ceramicists too. As for him, he took his career away from this small village to trade ceramics in Tokyo instead, it wasn’t until his 40s did he return to Hasami.

Hasami-yaki was categorised or labelled as Arita-yaki within the market for a very long time. As the years progressed, they will like more people to know about Hasami-yaki as it’s own and how they are different from Arita-yaki. Hasami-yaki is more open minded, their glazes and decorations are less traditional from Arita-yaki. They tend to decorate by drawing patterns, also to welcome others to their own designs. Instead of producing high end porcelain ware, Hasami-yaki aims to be more everyday, producing high quality porcelain tableware for people’s everyday life uses.

The earliest location where they have found stoneware (陶石) was at Mimata (三股), which they called Mimata Stoneware (三股陶石). Hasami has it’s own clay stones up at Nakoyama (中尾山), however, it’s quality isn’t as high atherefore their porcelain is imported in from another prefecture call Amakusa (天草).corations are less traditional from Arita-yaki. They tend to decorate by drawing patterns, also to welcome others to their own designs. Instead of producing high end porcelain ware, Hasami-yaki aims to be more everyday, producing high quality porcelain tableware for people’s everyday life uses.

I cannot speak for all mass produced functional ware, but I can say Hasami-yaki has changed my perspective in mass-produced-slip-casted-porcelain-functional-ware.

‘Japanschzoya' & ‘Japanschzaky’ at the Hasami-yaki history museum. You are still able to find these bottles at antique stores in Europe nowadays.

Hasami was filled with imports in the early days over 400 years ago during the Edo Period (江戶時代), their first ceramics was imported in from Portugal; Japanschzoya and Japanschzaky (コンプラ瓶). They were used for traditional soy sauce and as wine holders. Eventually, supply for it did not come into Japan fast enough, so they started to make their own ceramics.

In it’s early day, Hasami was the first to porcelain ware (青磁) while Arita was still producing stoneware (磁器). As the Japanese did not use large functional ware and porcelain ware - that was for the rich and not for everyday life, therefore most of it was imported out to Malaysia and other countries. It started off with the railway to Imari (伊萬里) then as the railway was further developed it reached Arita (有田). That is also due to the fact that Hasami and Arita were governed separately until the railways became more developed.

During the 1600-1800, Hasami-yaki was the most developed and orders kept coming in. At the same time, patterns drawn on got simpler because of its demand. Even now, Hasami-yaki can be found all over Japan and even in many different Asia countries.

Between 1868-1912, they produced low cost, everyday life tableware Kurawanka (くらわんか) that was mostly distributed within Japan. They focused on the shape of the tableware and the delicate decoration on each piece, aiming to be both down-to-earth and beautiful!

The earliest location where they have found stoneware (陶石) was at Mimata (三股), which they called Mimata Stoneware (三股陶石). Hasami has it’s own clay stones up at Nakoyama (中尾山), however, it’s quality isn’t as high and stable therefore their porcelain is imported in from another prefecture call Amakusa (天草).

By 1912-1916, during the Meiji Period (明治時代), the discovery of Amakusa Porcelain (天草陶石) has helped to stabilise the quality of their products, their throwing methods has progressed from kick wheels to electric wheels. 1926 onwards, past Taisho Period (大正時代) most of their work were fired through wood firing and the mould-making technique was introduced. That has aided them to produced high quality and stable work within a much shorter period of time, that has progressed till today.

A lot of the times, we see things as it is but behind this village, I saw determination and dedication.

Every one plays their part and insists on playing their part well and I guess that’s what make the Japanese culture so admirable. The man who made moulds would make the moulds, then pass the plaster mould onto the slip caster, the slip caster then send the work off the bisque at another factory. After the work is bisque, it then gets transported to be glazed and glaze fired. If extra technique such as onglazing was required for the product, it will then be sent to another master. In addition, most of the craftsmanship has stayed within families, therefore it kept the community strong.

In order to complete one piece of work, it has to be transported through multiple masters across Hasami. Everyone plays their part, a perfect example of ‘part of a whole’.

Once the plaster mould has been made, it would be passed onto the slip casting master. Porcelain slip would be poured into the plaster mould and the piece will be assembled together. An average casting master in Hasami produces roughly 700 pieces a day. Once the work is ready and dry, it’ll be placed onto a truck and transported to the next factory, ready to be pack into a bisque up to 970 degrees.

Once the work has come out of the bisque, it’ll then be moved to it’s next location for sanding down, glazed and pack into the kiln for glaze firing up to 1300 degrees in their gas kilns.

Most of their porcelain tableware are fired up to 1300 degrees in their gas kilns that fires overnight. They generally produce up to 6000 pieces a day unless reduction was required for a particular firing.

Before gas kilns and came along, all their work was wood-fired then progressively moved to coal-fired in their ascending kilns, also known as dragon kilns are up their mountains. World top 3 ascending kilns are all located in Hasami.

During our visit in Hasami, we had the pleasure to visit one of their ascending kiln, Hatanohara Kiln Ruins (畑丿原窯跡) that is still in use at the moment. It was built 400 years ago, it was originally used to fire stoneware instead of porcelain and it is the only heritage kiln that is currently still in used. Even though it is a much smaller kiln that the others, it still has 24 rooms to it and when it is completely full it can fire up to 50,000 pieces.

Hatanohara Kiln Ruins is one of the first heritage kilns in Hasami to be recovered in 1981, this discovery helped them to understand the progress of their history from the use of stoneware to porcelain. Eventually, the first 3 rooms were rebuilt in order for it to be fully functional once again. 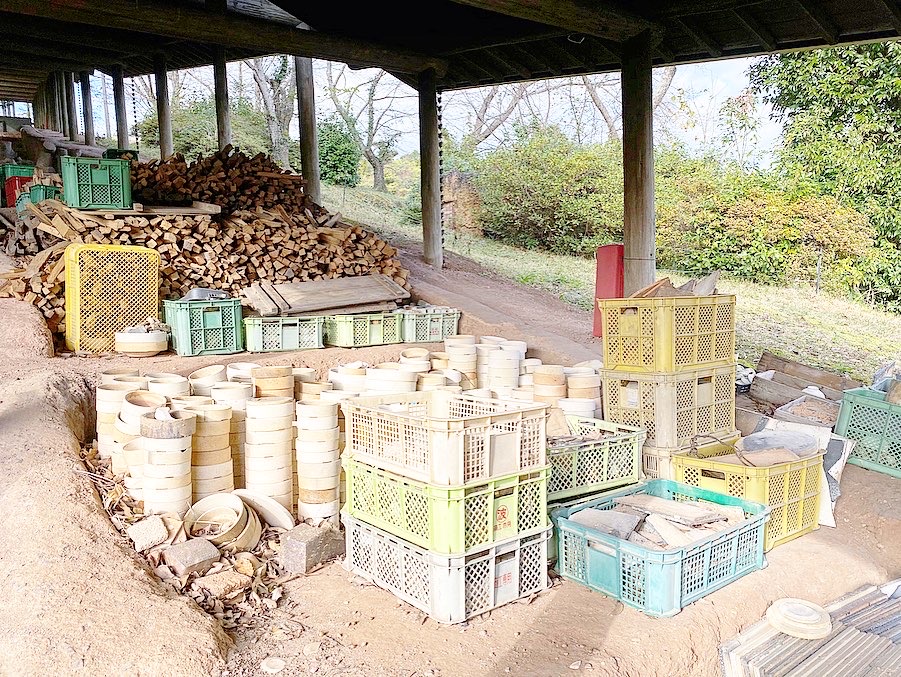 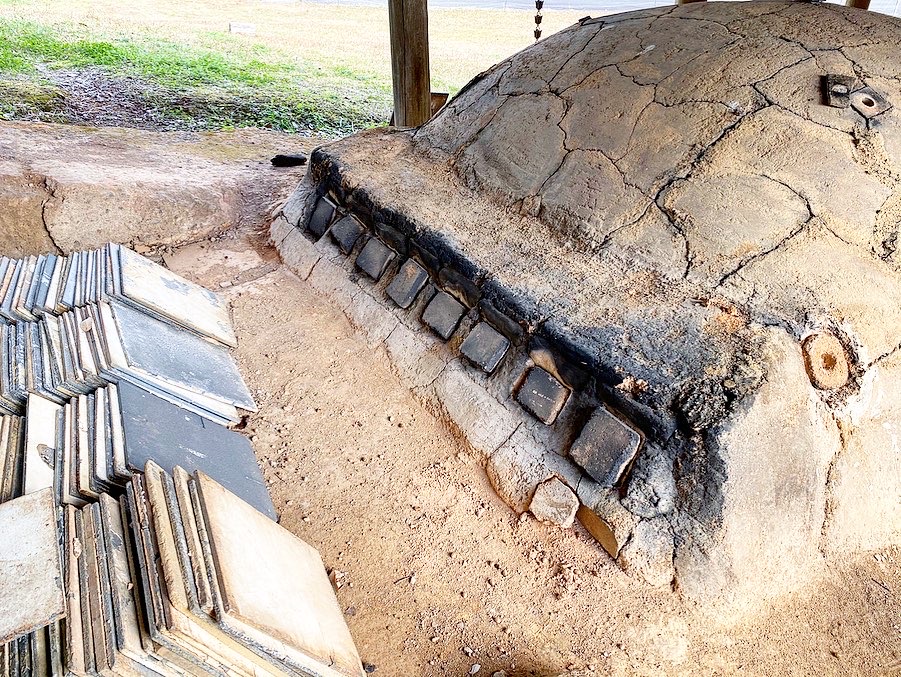 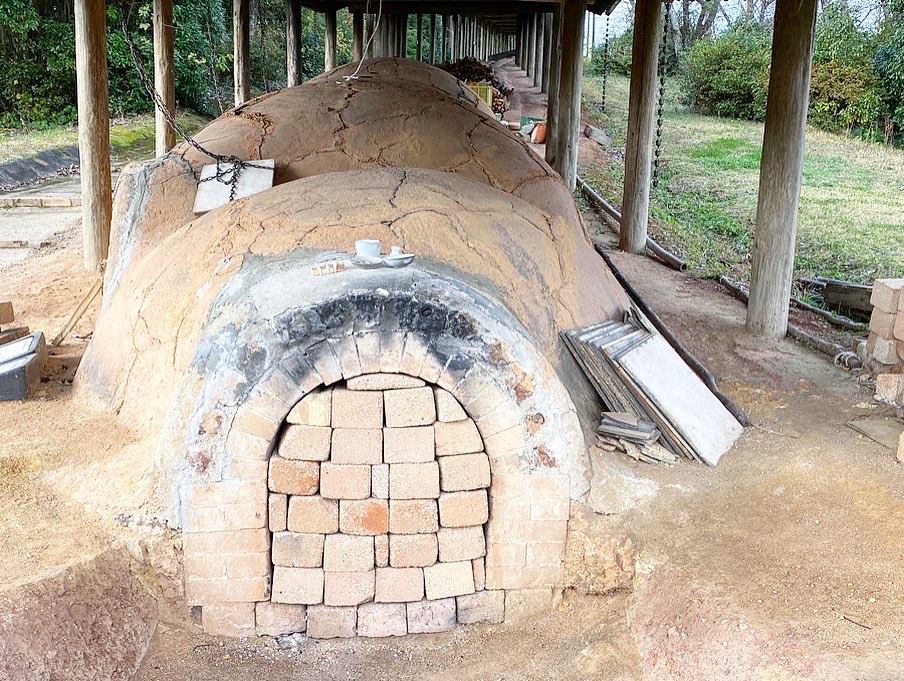 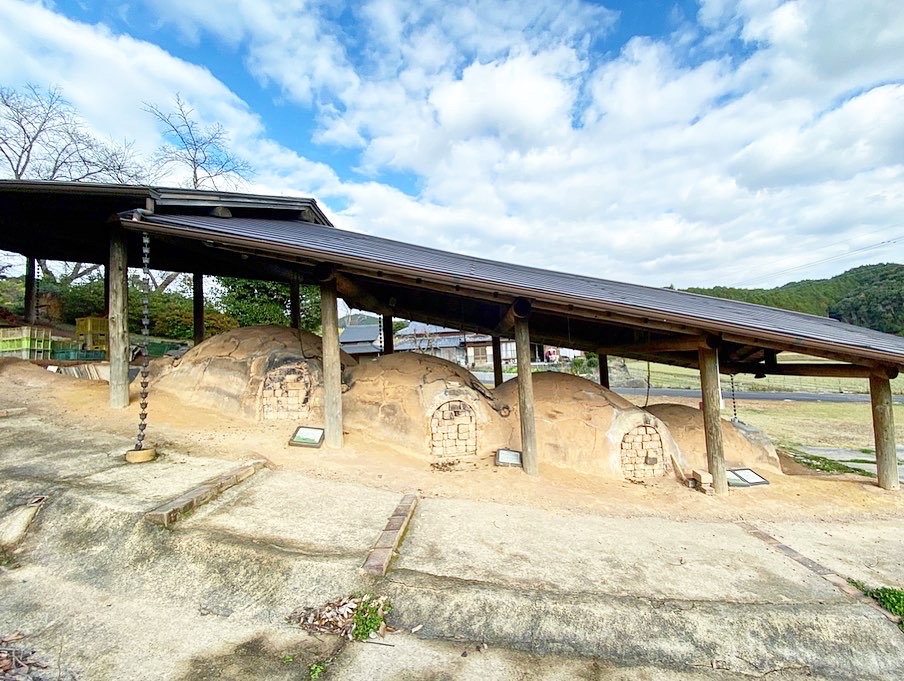 Every September, they would gather high school students and nearby ceramicist to fill up the first three chambers of the kiln. They will warm the kiln up with wood fire at 8am on the first day, starting from the first chamber they will raise the temperature by 50 degrees an hour. The kiln will reach 1000 degrees by the 2nd day, and the temperature will go up gradually from one chamber up to another. By the time the first chamber reaches 1300 degrees, the 3rd chamber will be at 1000 degrees. For each chamber to reach from 1000 to 1300 degrees, it will approximately take about 4 hours. It generally reaches temperature by twilight. By then, they would shut off the entire kiln and let it soak at 1000 degrees for about a week.

The work will stay in the kiln until they unpack it together for their annual festival in October.

Everything made the trip extremely interesting, the history, the people, the craftsmanship. It was a fulfilling experience that was filled with knowledge and culture. As one of Japan’s premier pottery towns with over 400 years of history, it is so wonderful to see that it has been so beautifully reserved.

It continued to have the down-to-earth flavour that ceramics very preciously contain, memories remained just as their techniques has been passed on from generation to generation. Therefore, it is a privilege to see Hasami-yaki as it doesn’t only has an impact on Japanese ceramics, but also within the rest of the world as well.

All in all, what made my experience so unique? It was being able to understand and gain knowledge in Hasami-yaki, their openness and willingness to help me understand their craft. Most importantly, they opened up their studio to us and as a maker myself, it was a wonderful experience to be able to get my hands dirty at another artists’ studio.